In November 2016,  I joined  the Ramblers, a hiking organization in the United Kingdom, for a two week walk on the beautiful Sorrentine Peninsula off the Bay of Naples.

I and  several of fellow walkers hiked the Il Sentiero degli Dei (the Path of the Gods), among many other trails (Punta Campanella, Termini, Moiano, Positano, Monte Faito),  high above the Bay. We also visited the ancient ruins of Pompeii, Herculaneum, Oplontis, and Paestum.

The photographs may be found here: 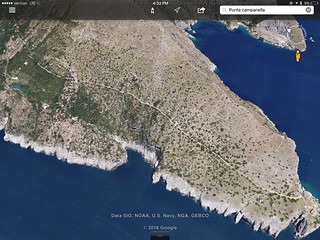 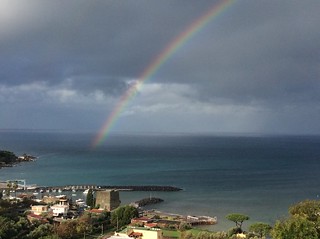 One of our hikes we climbed the active volcano of Vesuvio, which erupted the last time in 1944.

My father-in-law, Anthony T. Maisto (1922-2013), was a corporal in the US Army, and as an bilingual Italian-American was part of the translator corps stationed in Rome. While in Italy, he also was assigned for a short time to the village of  Vico Equense, the town where my hotel was located.

In August 1944,  he observed the volcano erupting. Tony was a voracious reader to the end of his life, and like most readers, he also enjoyed expressing himself through the written word.  He observed the activity of the volcano, took pen to  paper, and mailed his acute viewing of the eruption  to his hometown newspaper, the Jamestown (NY) Post, and was published, “Local Soldier Writes of Thrill Seeing Mt. Vesuvius Erupt,” Jamestown (NY) Post,  23 August 1944, page 24, col. 3.

That letter I located through a search of  the Old Fulton (NY) Newspaper portal. I shot this video in November 2016 of me reading Corporal Maisto’s letter on top of Mt. Vesuvio: